There was a lot of commotion once again in San Jose, California during this week’s Monday as Apple’s CEO Tim Cook took the stage. It’s time for the annual WWDC developer conference. The purpose of the Keynote event at the start of the conference is to announce new versions of Apple’s operating systems. This year we will also get product updates regarding Apple’s Pro product family.

Not just a one-day carnival

While the public eye is generally focused on the Keynote, for a developer WWDC is a week-long information overdrive. During the week, Apple will be organizing presentations and workshops regarding the operating systems’ new features. This year, we iOS developers got especially excited about presentations regarding the new SwiftUI framework. What’s more, we will definitely follow talks regarding machine learning and Apple’s Metal framework with great interest.

As the watchOS6 update gets released this autumn, Apple will also be opening its own App Store for watchOS, making it possible to publish applications specifically for the Apple Watch. No longer will it be required to have an iOS program to install an app for the Watch. Basically, Apple Watch has now managed to acquire some sort of autonomy which is a sign of watchOS going into a more developed direction as a platform. The watchOS App Store offers a new venue for app developers to spread their products and services. Users will also acquire a plethora of health-related features for their watches, such as tracking for menstrual cycle, environment noise levels, and exercise trends.

New Mac Pro and Pro Display XDR for Professional Use

This autumn will mark the beginning of Apple’s new Mac Pro product line. It’s about time for this as the last time we got new desktop computer models from Apple was six years ago.

The new Mac Pro can be purchased in different performance classes. At its peak, its processor can have as many as 28 cores and its Radeon Pro Vega II graphics card can be fitted with 32 gigabytes of RAM or even 64 gigabytes in the case of Radeon Pro Vega II Duo. At minimum, the computer will have 32 gigabytes of RAM, yet it can house a staggering 1.5 terabytes of it at most. While the common user will be unlikely to need such performance, you can be sure that the Mac Pro will deliver a top-of-the-line product for those in need of one.

In addition, the Mac Pro can also have the astonishing 6k Retina display Pro Display XDR to back it up. This 32-inch monitor comes with a native resolution of 6016 x 3384 pixels. The user will be able to operate in a P3 color space with 10-bit colors. The monitor’s brightness can reach the point of 1600 nits and the contrast ratio is an excellent 1,000,000:1, as well. This device will most likely be used by movie and photography industries.

iOS 13 Is a Nod to the Owners of Older Phones

The company’s newest update for its mobile device operating systems offer the usual, annual improvements for iOS. For example, maps will feature even greater precision, pictures and videos will get new filters and the digital assistant, Siri, will sound more like an actual person. Siri is now able to read the user’s messages aloud without the user having to do as much as looking at their phone. A good amount of presentation time was also granted to iOS’s new Dark Mode, that has certainly been quite the workload for Apple.

There is no doubt that most of the developer discussion has been about Apple’s new SwiftUI for creating user interfaces. This newcomer is expected to replace the UIKit framework that has been dominant since the beginning of the Objective-C era. Bringing SwiftUI to the marketplace is a logical move from Apple to move towards a Swift-centered world. We have not yet managed to try this newcomer but our first impressions have been positive ones. SwiftUI’s syntax is similar to Android’s Jetpack Compose. The greatest reason for celebration among Apple developers, however, must be Xcode’s inbuilt feature that makes it possible to see the changes caused by your code live. Instead of having to use clumsy storyboards, Xcode and SwiftUI will deliver a given scene’s entire functionality for testing to the developer.

As with Swift, it will certainly take several years for SwiftUI to reach UIKit’s level. It’s with great anticipation that we await developers’ first impressions of this new addition to the Swift family.

SwiftUI has also been designed to be operated on all of Apple’s platforms. This makes it the first leap into a new direction for Apple – one program, all of the platforms.

Apple’s vice president of software development Craig Federighi had nothing positive to say about Google’s and Facebook’s sign-in functions. The main point of his criticism was that by using these the user will also unwillingly offer up their information to be sold for advertisers. Federighi presented Apple’s own login function designed to combat this with the key difference being that Apple would not monitor the user’s actions on associated web pages and applications.

In fact, the user would not even need to give a third-party app their real email address as it will be possible to create a middleman address with the new “Sign in with Apple” feature. This email would then forward its contents to the users’ real inbox. Should the user want to stop receiving emails from this application, they would only need to delete the associated middleman email from iCloud’s settings. Of course, this would also cause the user to lose access to the associated service or application account.

Apple Login has already caused quite the commotion in developer circles. From the feature’s documentation page you can see that Apple has made this feature mandatory for every single app that already uses some other service provider’s similar solution. This is a double-edged sword. It’s sort of understandable that Apple wants to force applications to use their solution. Granted, it does offer its users additional protection from poor information security, as the real email of the user will not be leaked in the case of a hack. And it is only natural that the user information selling giants like Facebook would not voluntarily add Apple’s anonymous login feature for their applications as this would mean lost revenue. On the other hand, it’s a bit worrying to see Apple be so aggressive about making use of this new feature. I can only hope that the company is not going to make a habit out of this.

Apple’s brand new FindMy technology will make sure that you are able to find your lost or stolen Apple device even if it is already offline. The device will be able to send a Bluetooth signal on short intervals which other nearby Apple devices will then relay forwards. The user will be able to retrieve their device using this map that the devices together have created. This means that it will be easier than ever to retrieve a lost or stolen device. FindMy will be featured in at least Apple computers and phones.

The new macOS Catalina also featured the Activation Lock feature that will make it possible to completely lock down a computer should it be lost or stolen. Still, Activation Lock will only be operational in the newest macOS devices using the T2 security chip.

The Greatest Joy Belong to the Developers

The WWDC conference is usually an exciting time for developers specifically. They are able to try out new features and test out their apps in new operating systems with relish. Most importantly, they are able to gather new and important information. 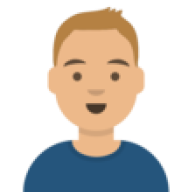